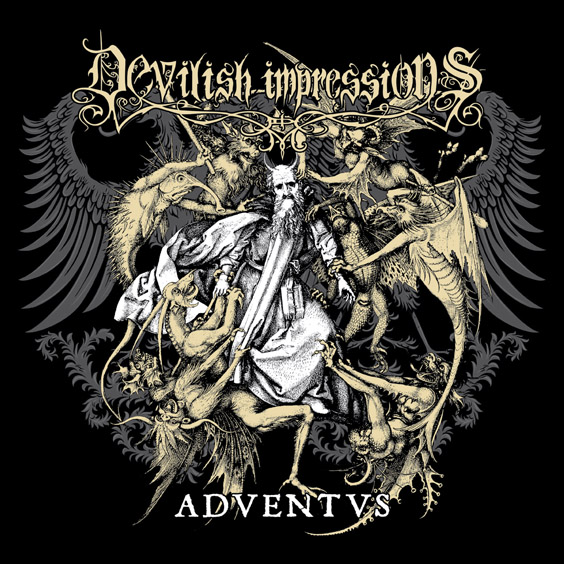 In February 2015 Hammerheart Records will add some freezing coldness to the Winter! We are extremely proud, and others will be extremely jealous, to release an extremely limited 12” Mini-LP by Polish black/death crushers Devilish Impressions called “Aventvs”!

Formed in 2000 Devilish Impressions has become a Lethal machine of majestic supremacy when it comes to mixing Death and Black Metal.

With their 2012 album “Simulacra” they should have deserved a spot among the great names as Behemoth and Septic Flesh, and the two new tracks could best be described as a thunderbolt-mixture of just those names… without giving in an inch to their own uniqueness and quality!

Recorded at Studio Hertz those two tracks (clocking still close to twenty minutes) need to be heard, they are among the best ever done in this style, and this EP will become an object of Cult status.

The fitting and crushing artwork is done by Upgrade Studio… it will cause some eyebrow lifting!

Knock Out Kaine -House Of Sins -DOTT Music Out – Now