The signs were promising in Kerkrade, The Netherlands where three bands prepared themselves to give a spectacular performance. The weather was good, the fans were in a good mood and there, in a little house-turned-to-music hall called The Rock Temple, the German band Deadborn was the first to blast the roof off.

It was still early in the evening and not everyone has been loosened up, but that didn’t stop Deadborn from putting up a good show. After a song or two the sound has been properly adjusted so that the brute riffs and no-nonsense attitude from the band is heard throughout the whole Rock Temple. Deadborn tries to pull the audience in the show but somehow they don’t succeed. The warmth of the day is still lingering and that leaves the crowd mellow, and I must say, the somewhat similar and long songs they play aren’t helping either, but that is my opinion. Some die-hard fans are, as always, very loyal to their band which helps the band feel welcome. After an half an hour it was time to say goodbye to Deadborn and prepare ourselves for the next band.

The guys of Dew Scented made their entry clear. After flexing and stretching their muscles they charged through the hall with songs of their previous albums and the new one. Most of the band members feel at home here because four out of five are actually Dutch, leaving Leif the only German guy in the whole band. That creates a relaxed atmosphere and room for jokes and fun-talk. Before the show we had the opportunity to talk to Leif (the result can be read in a different article) and learned that, except for Leif, the whole line-up has been recently changed. Dew Scented, currently on promotional tour for their new album “Icarus” just played the previous Sunday on the Into the Grave Festival but you really didn’t see any exhaustion or fatigue in their show. And through that, the already warmed up crowd now joined in on the songs like ‘That’s why I despise you’ and ‘The Fall of Man’  from their new album. By the end of the show every participant was drenched in sweat and ready for our headliner.

Six Feet Under, the famous band of ex-Cannibal Corpse singer Chris Barnes entered the stage and started playing. The already bouncy crowd now unleashed their full roar and almost every syllable uttered by Chris was backed up by the crowd and to top it off, even a mosh-pit in the tiny Rock Temple. From the golden oldies of “Maximum Violence’ to the new songs of their newly released album ‘Undead’ Six Feet Under played it and played it good. As the show progressed the songs kept getting better and better where Chris demanded the attention and voices of every fan present. After a very energetic and foremost sweaty show it was time to say goodbye to Six Feet Under, but not before they closed it off by singing “Hammer Smashed Face”.

After the last strum on the guitar, the crowd left The Rock Temple with a content smile on their faces and made their way home, I dare say, a show well done. 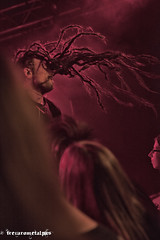 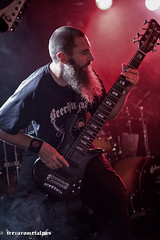 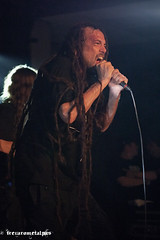 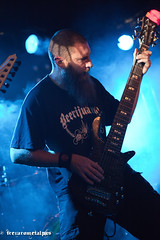 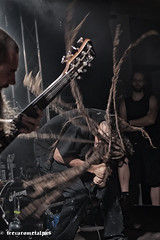 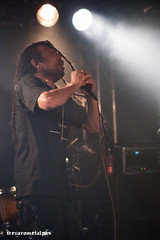 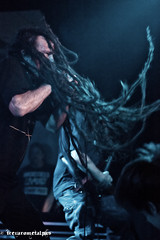 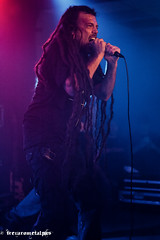 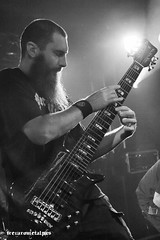 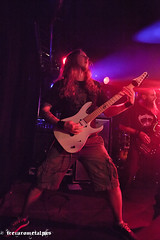 INTERVIEW WITH LEIF FROM DEW-SCENTED