Review: Dark Funeral – We Are The… 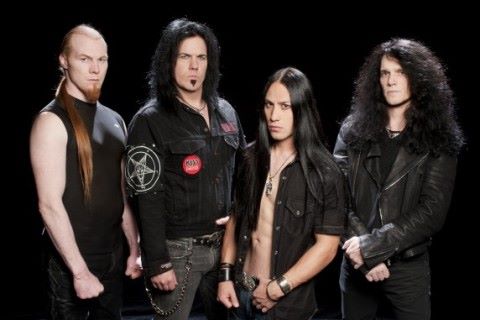 Hi thor, how did you experience the two shows in Holland last week?
Hi, Ronald!  I had a great experience playing in Enschede and Tilburg. It is always a pleasure doing gigs in Holland. Awesome venues of high quality, professional and with great fans. Holland is such a good country. I love it there. Both concerts went very well. It sounded and felt killer! I think we really delivered some strong and powerful shows. I for sure had a great time!

The new album got a lot of critic because of the techno industrial influences, is it hard for the band to receive some ridiculously harsh reviews?
No that is really not a problem. I mean, of course it is cool when people like the album, but then again, you can’t please them all. But I also do understand that people react to the new Morbid Angel record, cause it is unnecessary to say it is very different from everything else Morbid has ever put out. Me included were very surprised when I first heard it. But do also remember the fact that a big part of the album still presents fast and sick Death metal extremities. About the rest of the album, it kind of shows us that Morbid Angel were always walking their own path being different. This highly proves this, I would say. 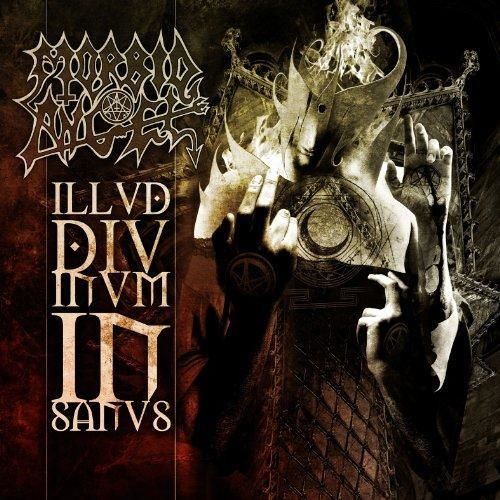 The new songs that where played live were very powerful, can we expect more new songs from “Illud Divinum Insanus”, while the tour is getting further?
There is a big possibility we will add more new songs for later tours. Most likely we will. We absolutely should! There are some great Death metal songs on the album which I would love to play live. We will see what will happen when we are going back on tour in July/August`11, or any of the other following tours we have coming this year. We will for sure present a great and energetic set list and performance.

For outsiders, Trey looks as the master brain in Morbid Angel. Is the song writing process teamwork or does Trey decide the most things?
Well, Trey does have the main part of the song writing. And David all the lyrics. On the new album David has composed the songs “ I am Morbid “ and “ Radikult “. I have composed the songs “ Blades for Baal “ and “ 10 More Dead“. So this far me, Trey and David have all contributed with songs for this album. Tim has done a lot of the ideas for the splendid work on the drums for this musical piece.

Now that the new album is out and you guys are on tour, can we expect more from the band in the near future? Like a live DVD or something like that ?
Season of Mist has made a big box kind of thing with a lot of Morbid Angel stuff in it. It contains amongst other some merch, the Nevermore single, some candlelight, incense and so on. It is a really cool thing. As I said quite huge! I saw it for the first time in Hellfest on the last tour we did and it is awesome! We are all pretty fucking happy with it.

If there will be any DVD`s or other things, it’s a little early to tell yet. After all we just recently put out the new record so I can`t really tell yet. I would believe it will come out something more sooner or later.

Morbid Angel is back now after some silence. Did the music industry change much in those years and how does Morbid Angel handle with it?
The music industry is constantly in change, as with everything on the planet. Time does not stand still nor does the music industry. Morbid handles that very well. I mean, art is timeless and art is what we create. Another thing is of course that Morbid have been around for a long time being very experienced in the industry and does deal with it just perfect.

The new label Season of Mist does an amazingly good job promoting you guys. Are you happy with the way things are going working with them?
Absolutely! And as you say, they have really been going for it promotion wise. They have put a lot of effort into it. A highly professional label and great guys who`s working there. It is all good. Very enjoyable indeed!

Thanks for your time , is there anything you wish to share?
Thanks for the interview, Ronald!  I hope to see you guys again on the next run. The Holland crowd has always been really cool! We appreciate that! Horns up, set sail and swing the Hammer! See you!

LIVEREVIEWER FOR YOUY DAILY DOSE OF METAL AND ROCK!