Review: Trivium – What The Dead Men…

Review: Falconer – From a Dying Ember…

Review: Lamb of God – Lamb of…

Last year I suffered from discus hernia in the lower back and from the middle of August till the end of the year I wasn’t able to attend any concerts. That kinda hurt my melodic heart because there were a lot of such great concerts and festival that I could not take pics or watch the show. My heart bled when I got the mail with the accreditation for the 8th Firefest edition and I could not go because I just had surgery on the lower back. But I was 200% certain that I would come back the following year. Especially when I heard the line-up during the live radio show from Steve Price. From March on from this year I visited my first concert within 7 months. I did see the mighty House of Lords in Belgium. I slowly got my flexibility back and discovered that my shooting skills mysteriously had improved! You can imagine the smile on my face when I got a 3-day ticket with photo pass accreditation from Philip Ashcroft for the 2012 edition.

The melodic genre has been pronounced dead for many years now! But strangely THE melodic festival FIREFEST kept growing and a lot of people from all over the world attended this great melodic happening. We’ll I say ‘You can’t kill Rock & Roll’ and the best proof of that is the fact that Firefest 2012 was completely sold out for the whole three days.

So Friday morning at 6:30 the journey from Nazareth (Belgium) to Nottingham started. On the way to Calais I picked up three other lovers of the genre and together we drove almost 300 miles by car (and the crossing of the channel by train) to get to Rock City. Pointless to say that the whole trip the melodic hard rock was our faithful companion. We arrived a few hours before the actual first band would start, so we could place our bags at the hotel and  head out to Rock City, the place to be that weekend of October for real AOR lovers.

The first band on the bill was the Italian LIONVILLE. I was pleasantly surprised when I heard their debut album last year and was very eager to watch and hear this year’s festival opener. From the first note of the set and album opener “Here By My Side” I knew this was gonna be the band that was going to set this fest on fire from the start! Front man Lars Säfsund has the ultimate voice for this keyboard-driven tunes. When you got a Work of Art CD in your collection you know that slim Lars can sing! When they continued with one of my fave tracks from their debut “Power Of My Dreams”; I got overwhelmed with happy emotions and I could not stop a few tears from falling down my cheeks (for my defense: I was holding my camera in my hands to shoot some pics)!  So, my reputation for being a softy has now been confirmed! J The band even granted us a preview of the second album that’s gonna be released at the end of November, with the excellent “All We Need”. Besides playing his guitar bandleader Stefano Lionetti often handled the vocals (and backing vocals) as well! Mr. Del Vecchio showered us again with beautiful streams of keys. And Anna Portalupi caught my eye with her looks, her stage performance and her bass playing of course! On the album some of the guitars where played by Mario Percudani and on stage he threw a few sparkling solos at the audience. The band closes their set with the keyboard driven “With You” and his catchy as hell chorus. That was an awesome way to kick off a festival and they got a great applause from the crowd! The only negative thing I can say about these guys and doll is, that is was way too short! Five tracks is not enough, but I believe the time schedule had something to do with that!

The second band on the bill that evening was the UK based DANTE FOX. I must confess that I was not familiar with their music. As a photographer I read they had a female singer, so that was a bonus! Seriously now, I always had a soft spot for females in the melodic genre! So this year’s edition was a gift from heaven for me, you can imagine!  The band started with the opener from their latest album “Under The Seven Skies” (released in 2007). The track has some strong guitars from Tim Manford and the voice from Sue Willets gives it’s the typical Dante Fox vibe.  “Firing My Heart” from their second offering continues and the band gets a lot of response from the crazy crowd. Sue Willets got a high pitched voice and some people may dislike this kinda singing, but I already written here that I’m very fond of female vocals! When those two killer tunes “Lost and Lonely Heart” and “I Can’t Sleep” from their debut “Under Suspicion” were played she does rang my bell!  The band actually released a brand new album on the openings day of this Firefest edition! From that album “Last Man’s Ground” we got the catchy “Who Stole The Innocence”. I don’t know why but the melody and some of the vocal lines made me think of “Rainbow in The Dark” from Dio. The set gets a rocking conclusion with “Remember”! A bit of a disappointment to me was the lack of (communication….. J) interaction with the public by Sue (or another band member). That would have certainly awoken even more reaction from the music lovers in the hall!

We stay in the UK for TEN.  This band stole my heart with their first three/ four releases in the late 90’s. But I lost track of them in the next millennium, until last year I got to review their latest album “Stormwarning”. I got some mixed feelings about that one, because according to me there wasn’t enough diversity on that album. So with some mixed feelings I watched and listened to the band. They kicked off with a brand new song “The Lights Go Down” from their brand-new album “Heresy and Creed” that also was released on the day of this concert. First of all Gary has lost his blond curly lion-mane but it hasn’t got a Samson effect on him! On the contrary, I found his voice to be very warm! Even his podium presence has been improved and he encourage the crowd many times to sing along and clap in their hands. The temperature started to rise when the title track from the third album “Spellbound” came along. The faster and heavier “Gunrunning” from their new born set the night on fire. The band skipped the albums from the last ten years and made an exception for the “Stormwarning” album. It was represented  by my personal album favorite “The Hourglass and the Landslide”.  When I recognized the first note of “After The Love Has Gone” from that fabulous debut album I went almost crazy. The rather shy Dan Mitchell and Mr. Nice Hair John Halliwell treated us with some fast and melodic guitar riffs and solos. When the set came to an end with the excellent “The Name Of The Rose” the crowd went nuts (together with me) and the band got a standing ovation from the more then pleased music lovers. Whoo TEN certainly crushed my prejudice with this blistering set list and performance. Could this be topped?

The headliner for the Friday were the guys from TYKETTO in the original line-up! Their debut album “Don’t Come Easy” was born in 1991 and is according many lovers of the genre considered as one of all time greatest AOR albums. I myself am a big fan of that platter and it still has his place in my all time top 10 of best albums! The follow-up “Strength in Numbers” was also a killer platter but the third album “Shine” didn’t get that high rates. Danny Vaughn had left the ship for that record and Steve Augeri came aboard! The fans all over the world begged that the band would reform again and in 2004 they did a reunited tour performing that debut album in its entirety. In 2007 they reunited again for their debut appearance at Firefest and even came back the year after. In 2012 suddenly they came back in original line-up with a new album. “Dig in Deep” was a great album and holds some real gems. You can imagine that I was very eager to watch this band. Danny kicked off with the title track from their second offering. Danny strapped on his acoustic guitar and granted us a stunning version of “Faithless” from that new album. Danny literally took over Rock City when the band started the duo “Burning Down Inside” and “Lay Your Body Down” from that 21 year old debut album. The new “Here’s Hoping It Hurts” proved to be an instant classic crowd pleaser and did raise the temperature in the hall. Danny let the audience eating out of his hand and they did everything he asked, sometimes even before he actually asked for it. Great to see that a crowd have such a passion for their music and artists. With “Sail Away” and the pure emotion of “Standing Alone” we got another double shot of “Don’t Come Easy”. And the latter one was probably for the half sung by the frenzied crowd. Oh man that resulted in another flow of tears by yours sincerely. Guitarist Brooke St. James  also got his solo spot and then the big finale could start. With the furious “Fight Left In Me” we got the three best songs of the new album “Dig In Deep” and the superb “Wings” ended this melodic dream! But everyone at Rock City knew that the band would come back and grant us a goose bumps version of that smashing hit “Forever Young”. The track was also completely sung by the audience and everywhere I look I saw happy smiling people.

Exhausted from the long car drive and the excitement at Rock City during the different sets we stumbled smiling from ear to ear back to our hotel. Trying to get some rest for the next day. Witnessing such a finale I wondered if it could be any better the two following years!

TEXT AND PHOTO’S BY RIK BAUTERS 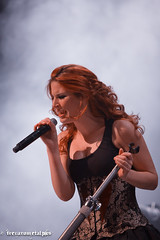 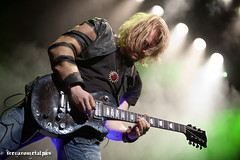 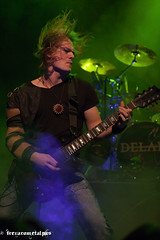 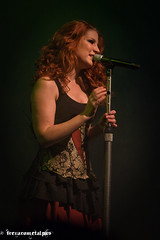 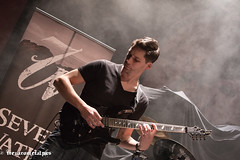 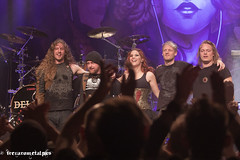 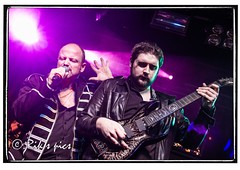 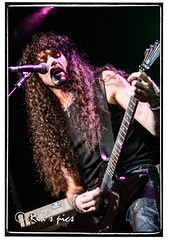 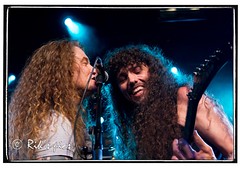 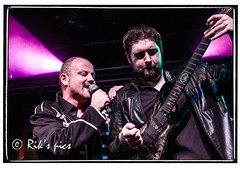