Review: Just Before Dawn – An Army…

Review: Skeletal Remains – The Entombment Of…

Review: Stryper – Even The Devil Believes…

Today I hit the road towards the north of the Netherlands. At Schaaf Citytheater, Leeuwarden there is a magical performance tonight. None less then Guitar magician Michael Schenker will perform with his outstanding MSG Temple of Rock featuring great icons of rock like Dougie White, Findlay and Francis and Herman Rarebell! As an extra treat the Frisian rock lovers get Maxxwell as an opener. Sadly Vortex had to cancel because of the hospital admittance of singer Martjo. We wish you a speedy recovery Martjo!

Maxwell is first to hit the stage. I only heard them on record before and I must say they impressed me with their craftsmanship. Tonight at Schaaf they give a rocking performance. What I like about this band is the enthusiasm they show on stage. The joy they have in playing really makes them connect with the audience. Loved this one!

Now it’s time for the tastemaker of U.F.O. and Scorpions. The band immediately kicks off with one of the greatest hits out of Schenker’s repertoire. “Doctor Doctor” is received very well and performed almost better then original (yes it seems possible). It’s not a ‘we shove the classics to their throat’ show. Recent songs of this all-star band get enough space in the setlist. And looking at the audience they are received just as good as the big hits the band has! Of course the big Scorpions Classic “Rock you like a Hurricane” almost makes the roof come down.  Schenker might almost be a 60 year old, but nothing in his performance gives that away. City Theater Schaaf got a special treat tonight. Now let’s hope that Citytheater will not be closed. It would be a shame if Leeuwarden must miss out on epic performances like tonight.  The sound tonight at Schaaf City Theater is fucking A and the special vibe in the venue gave the performance a special something extra to it.  Let’s hope Leeuwarden politics doesn’t kill this special place!
Text and photography by Ronald van de Baan 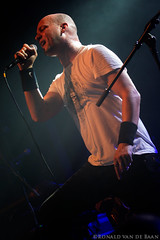 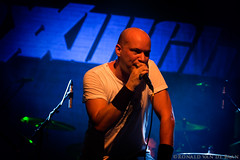 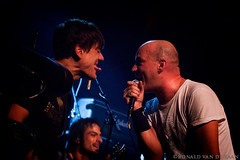 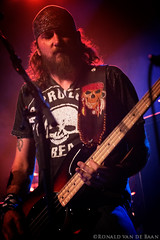 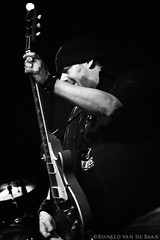 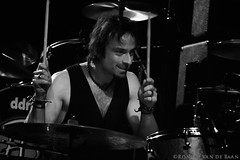 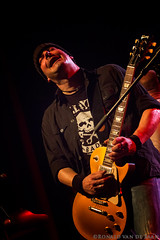 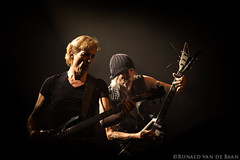 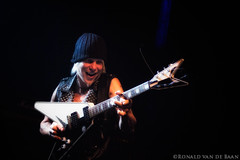 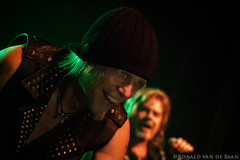 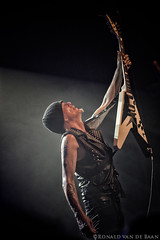 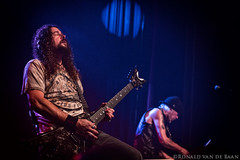 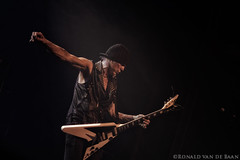 Interview with Per Nilsson from Scar Symmetry