Review: Trivium – What The Dead Men…

Review: Falconer – From a Dying Ember…

Review: Lamb of God – Lamb of…

Into the Grave Festival 2013

Great day in the center of Leeuwarden on a actual graveyard. (how cool is that !!) With an earlybird ticket for only €6,66 the people can’t complain. The ticket might be cheap but the bill is more then pleasant.

Heaven’s Basement is not my cup of tea, but the chicks at front surely will say i am an idiot. But hey, I  might not like their sound but their act was tight. ( for what i have seen of it )

I loved the miniskirt of Bliksem 😉  The performance of these Belgian metalformation is nothing to complain about. The do what they are good at. Putting a hell of a show.  They even got the people moshing early on the day.  That’s something  that sadly almost never happen these day on a festival these days.

Jungle Rot.  Damn those death veterans know how to crush the audience with their stomping death metal. For me one of the highlights of the day. Brilliant band who definitely needs some more recognition!

Sodom is here to mosh for an hour. To me it’s a tad on the long side. Don’t fucking understand me wrong. I love Sodom but after 40 minutes it’s get a bit of the same!  Audience love them to death of course even the Croco went wild with the rubber doll. ( see pic in gallery below )  Oh yeah sodomy and Gonorrhea has  landed on the festival area!

Devildriver is one of the crowdpleasers of this day. With killer frontman dez ( who loves the word FUCK ) getting the machine going the audience gets what they waited for. A pure Death metal rollercoaster ride.

Satyricon ( the real headliner if ya asked me ) is doing a great job. They are really into the songs. These black veterans know how to put on a tight show.  There are not much suprises in the setlist. They dig throughout their whole discography and yes that means from the upcoming album to.  The new songs easily blended in with the classics. So can’t wait to get my hands on the new satyricon record.

The British doom act Paradise Lost headlines Into the Grave this year. They are on stage having fun. The sound is good enough.  Some point the vocals might be a bit sloppy. But for some reason this show of Paradise Lost is not doing IT for me. I think it is the brilliant show of Satyricon what makes me enjoy the Paradise Lost set less then normal.

I can get one conclusion for this day in Leeuwarden. Into the grave has become a festival as metalhead you don’t want to missout.
Good festival Area , great line-up , and a hell of cheap Entrence fee.   Cya next year ! 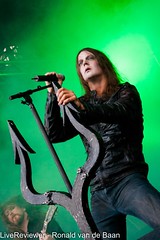 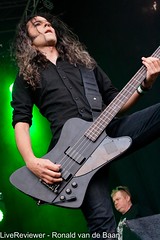 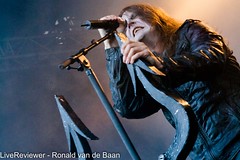 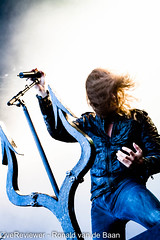 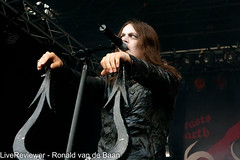 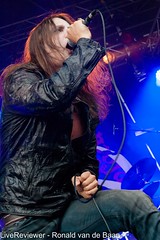 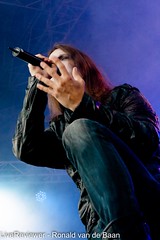 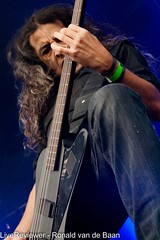 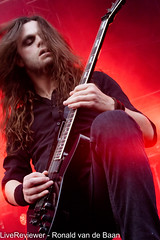 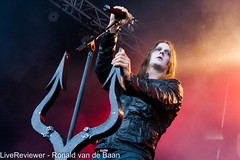 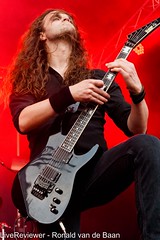 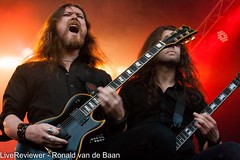 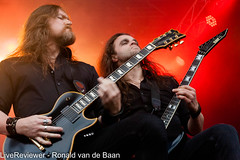 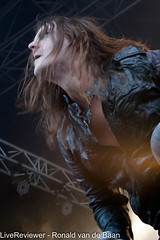 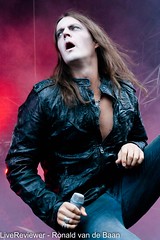 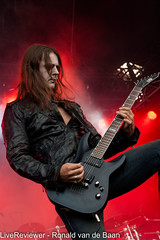 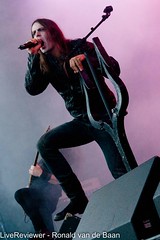 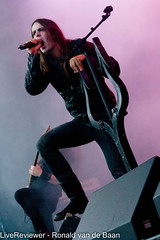 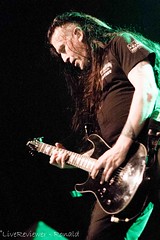 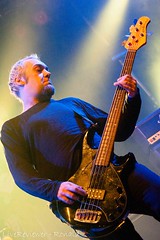