Review: Fit For An Autopsy – Oh…

On Friday August the 23rd I set out towards Wörrstadt, Germany for the annual Neuborn Open Air Festival, or NOAF. It’s a cozy festival with only 1800-2000 visitors, mostly local or Germans in general and 4 stray Dutchmen next to myself who have been here a few times before. Besides them, all seem to be German, which is a shame because the general vibe is great and it’s just under400 km from the Dutch border. More surprisingly, a lot of well-known bands have played here in the past such as Kreator, Sodom, Grave Digger, Tiamat and Destruction. This year’s line-up isn’t that much different. Tankard, Dark Tranquility, Moonspell, Crucified Barbara and ofcourse the Dutch band from Zutphen, Izegrim. Aside from these bands the others performed great, not exactly my cup of tea, but what I did like was the variety in the different styles of music, so everyone had a good time.

The festival’s location, for both festival- and camping grounds were big enough to house the 2000 visitors at any given time, with room to spare. Practically all the accommodations were good, except for the food. Not that the quality was bad, on the contrary, it’s just that the variety was a bit slim. The thing that pleased me the most was the quality of the sound. It was tuned just right and there wasn’t an incompetent bozo messing with the master volume so that was really nice. The overall prices for drinks were decent. Just € 2,50 for a 0,4l beer or €2,- for a 0,4l soda. Aside from the festival- and camping grounds, we could visit the local ‘freibad’, a nice swimming pool at walking distance from the camping. The festival itself is stretched over two days and starts at 3PM each day so there is plenty of room getting your well-earned rest or to take a dive/shower in ‘das freibad’. In short the vibe was great, the festival people were happy and fun to hang out with and a good mix between young and old, which in my opinion is a good sign for a festival. I’ll be definitely coming back next year. 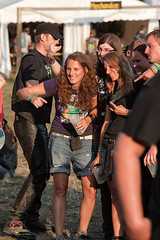 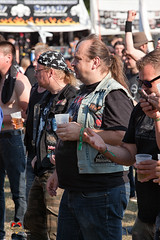 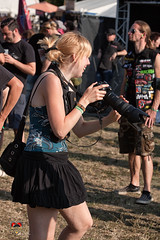 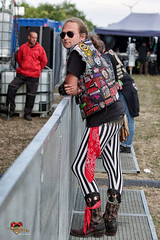 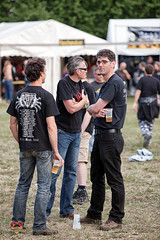 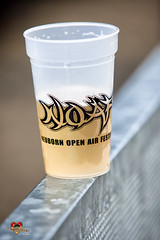 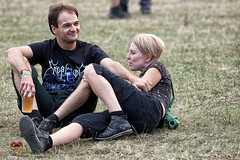 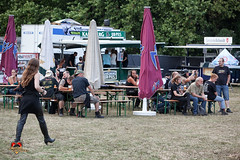 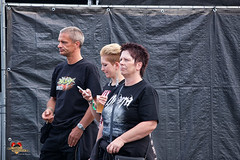 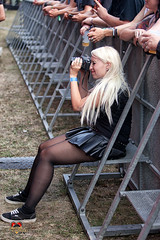